The scoop on the Success Center 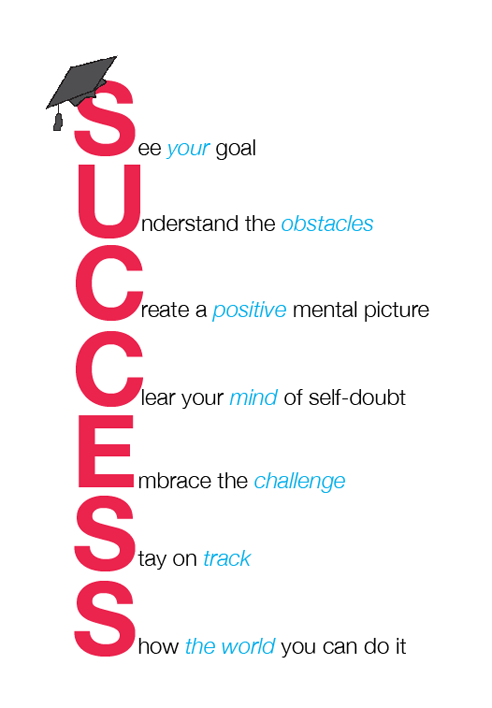 Lisa Noe has this sign on her door to give an idea on how to achieve success.

This semester there was a new course added to the school day to help students recover credits known as the Success Center. Lisa Noe was hired to teach the course.

Here at the high school there are two similar programs to help students succeed academically, the S.T.A.R. Program and the Success Center program. The S.T.A.R. Program helps students to make sure they are meeting the requirements of a class so that way they do not fail the class, while the Success Center Program is for students who have already failed or dropped out of a course and need the credits.

The courses offered for credit recovery are typically the four main courses like English, math, science and social studies. The amount of time that it takes a student to finish a class varies. “It depends on the class and how diligently you work,” junior Krys Towne said.

It has been rumored that the school would be losing of the Success Center program next year. Since the course was new this semester the school had to ask many questions to see if it was successful. They needed to know if it was beneficial to students and if it really helped them. “People assumed that we weren’t going to do it next year, I guess that’s where the rumor started from, just because we were asking those questions,” counselor Julie Fulton said.

Currently to recover course credits, PLATO is offered both in the Success Center and during night school. To decide whether or not to keep the Success Center, administration would have to look at the benefits and drawbacks to the course.

Then they could decide to either keep the course, just the night school or both. “I would say that the data I have shows that it has been a good program,” Fulton said. “It’s an administrative decision on if it makes sense on paper.”

Many students have things to do after school such as go to work, take part in activities and complete homework for other classes. Staying after school or coming back for night school to take PLATO classes sometimes proves difficult for students. “No one wants to do school outside of school,” Towne said. “I mean that’s why they’re in there, because they didn’t do their homework or whatever it is and then that’s just not gonna make them do anything.”

Noe helps the students with the things they need to be successful. “She motivates us a lot and she lets us know when we’re doing well or if there’s stuff we need to work on,” Town said.

She cares about her students and makes sure they work on their PLATO classes. “She really, really praises you when you’re doing well, so you keep motivated to do well, she’s nice about everything, she’s super understanding, she listens to you,” Towne said. “She’s not just there for a paycheck and you can tell.”