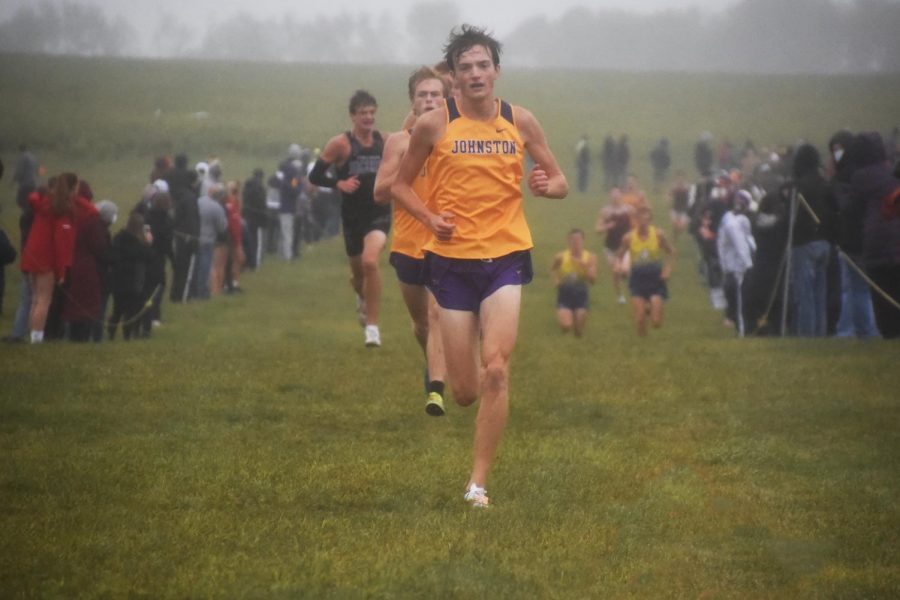 The boys’ and girls’ varsity cross country teams competed at the Marshalltown Bobcat Invite on Sept. 10. The boys’ team placed second in their race only losing to Ankeny Centennial. The girls’ team won their race by 48 points. The weather at this meet was not ideal as it was raining and misting during the race and was only 54 degrees.

The girls had a very impressive race while on their quest for their fourth state championship in five years. Bella Heikes ’21, a recent Iowa State commit, secured her spot of first on the team placing third in the meet with a 18:46.  Coming in to this meet Heikes was ranked fourth in the state according to IowaRunJumpThrow.com. Olivia Verde ’24 followed Heikes placing fourth in the meet with a 19:12. Aleah Tenpas ’22 placed sixth with a time of 19:21. Behind Tenpas was Bailey Vaughn ’22 who placed 13th with a 19:41, Sam Strauss ’21 who placed 14th with a 19:46, Abbie McLaren ’21 who placed 33rd with a 20:31, and Abigail Wharton ’24 who placed 35th with a time of 20:34.

Both teams will race again on Sept. 19 at the Heartland Classic in Pella. These teams will look to improve their times greatly after having raced on one of the tougher courses in the state at Pleasant Valley and running in poor weather at Marshalltown.