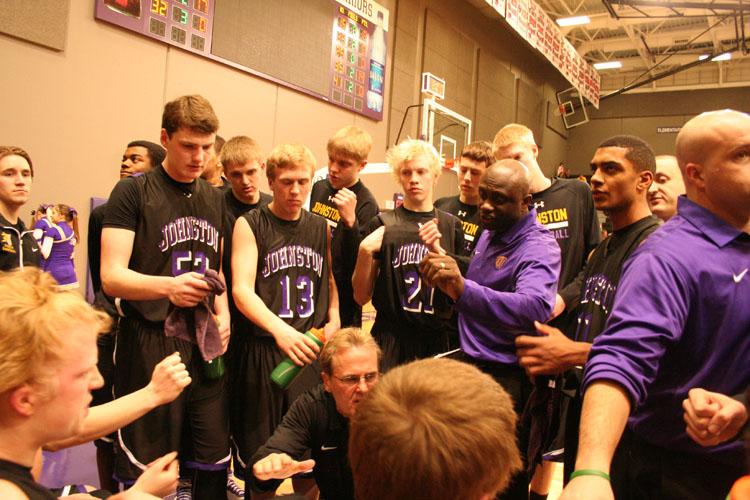 The varsity boy’s basketball team visited the Waukee Warriors for their substate game Feb. 27. Ending the season for the Dragon’s, the score was 48-27.

With a close game within the first half, the Warriors picked up their shooting accuracy and bounced back in the second half by doubling the point difference. As of his junior year, senior Reid Sinnett has been playing for the varsity team. “As much as we love the game,  I think it was around the time we were ready for it to be done,” Sinnett said. “It definitely showed [at Waukee].”

Coached by Bobby Sandquist and Billy Proctor, Proctor enjoyed assisting for his second consecutive year for the varsity team. “We put our sweat out (on the court) every time, you have to respect that,” Proctor said. “But it really just came down to being outshot and outran by our other teams.”

Mystery as to what next year has to offer, the Dragons finished their season with a 9-14 record. “We could have had a little better effort across the board, I definitely think we underachieved quite a bit this year,” Sinnett said. “That makes it tough on our team to try and [win games] like that.”