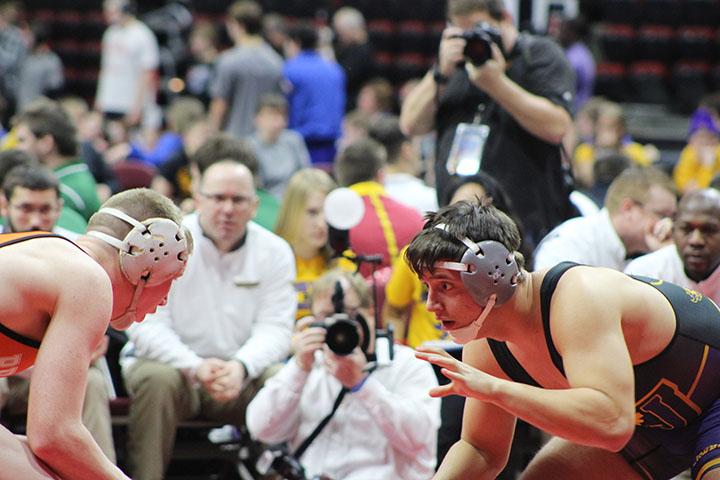 After defeating  Dowling Catholic at the regional wrestling meet Feb. 10, the Dragons moved on to the state wrestling meet. Beginning at 9:00 a.m. Feb. 17, Johnston competed against Cedar Rapids Prairie. After defeating Cedar Rapids Prairie 34-25, the Dragons went on to compete against the S. E. Polk Rams who are ranked number two in the state. After some tough matches against the Rams, Johnston lost 40-24. They went on to compete against Dubuque Hempstead, winning with a score of 47-25 gaining the third place title in the state duals.