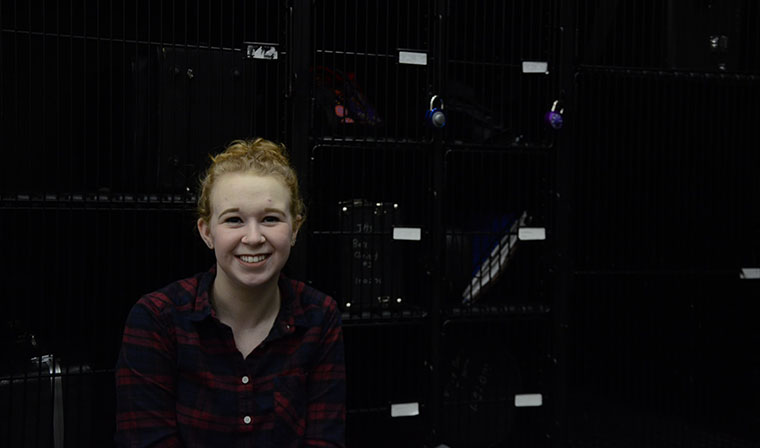 “When I was 16 I did peanut desensitization, and I don’t have a peanut allergy anymore, which is super cool! It started in July of 2014. Basically, all it was was they gave me Kool-Aid and they put a tiny tiny bit of peanut stuff in it. I couldn’t even taste it, I just drank it. That occurred for a couple months and then it progressed to what they called peanut flowers. These capsules, you had to put them in yogurt or applesauce, which was disgusting! After that I started to move up to peanut M&Ms. It got to the point where I had to eat 40 peanut M&Ms in under an hour, which doesn’t sound bad to you guys, but imagine your least favorite food in the whole world, and you have  to eat 40 pieces of it in under an hour without vomiting.  I did it and now I’m able to eat things that I couldn’t before, like I can eat at the Hy-Vee bakery or have a Three Musketeers!”