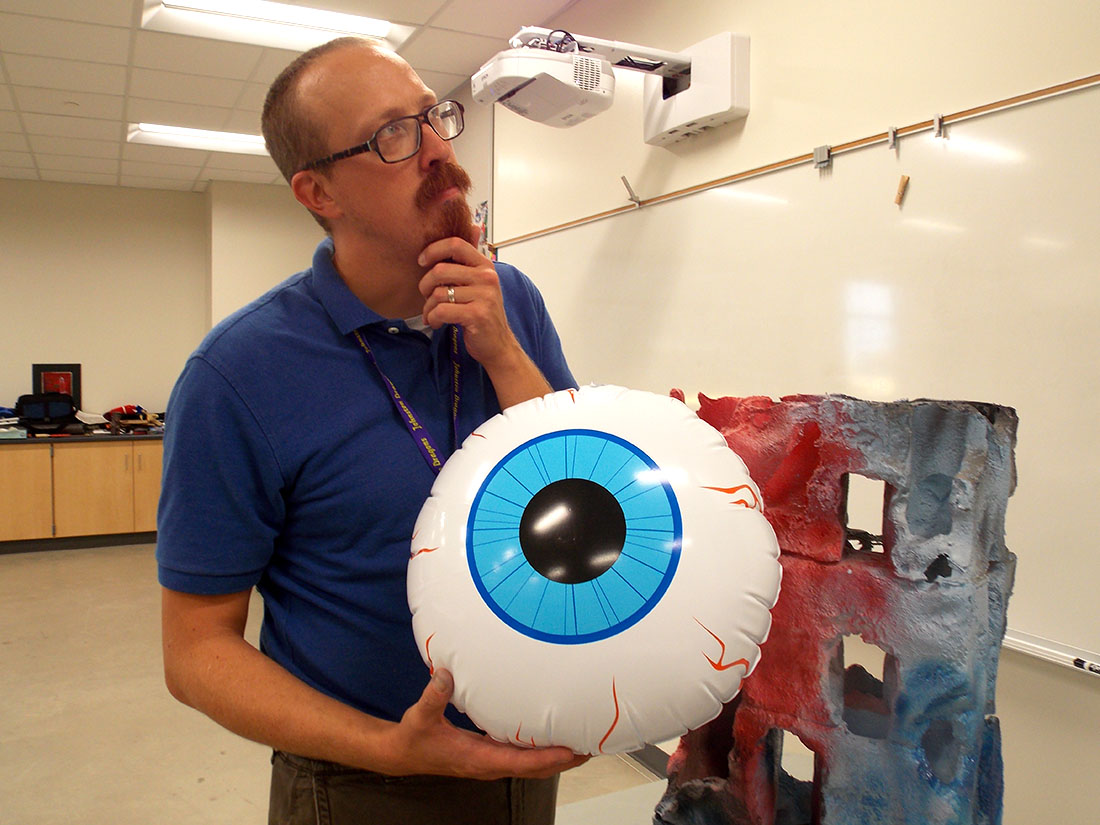 Andrew McCormick hold up one of the props he keeps in his classroom. He firmly believes that people should not take themselves too seriously.

Andrew McCormick is the new art teacher. He grew up in Atlantic, Iowa, and received his degree at the University of Northern Iowa and has been teaching for 13 years. He has taught at Cedar Falls and Webster City, but this is not his first year in the district. He taught art at the middle school last year. When he’s not teaching, Mr. McCormick likes to garden, run, watch T.V. and go camping with his kids.

McCormick enjoyed his transition from the middle school to the high school.

“When I’m dealing with a senior or a junior, you’re dealing with people who are the adults that they are going to become soon,” McCormick said. “I’m their last K-12 art teacher and it’s cool to think about the power and duty I have to send them off before they’re on their own.”

McCormick knew he wanted to be an art teacher when he was in ninth grade, but he did not like his own art teacher. McCormick believes that because she was such a bad teacher, it made him want to be a better teacher himself, and he feels that in some ways, he owes her.

His own passion for teaching could not be more different than that of his former art teacher. “When I’m not teaching, I’m a very pessimistic, down on my luck type of person, but I know that you can’t be that as a teacher,” McCormick said. “You’ll hate your job, you’ll hate your life and your students will eat you alive because they can smell that you don’t like what you’re doing.”

McCormick finds this pessimistic attitude turns into a wholesome outlook at work.

“Teaching brings out the best parts of me,” McCormick said. “I feel very lucky that I found the one thing that not only do I love doing, but I think I’m really good at.”