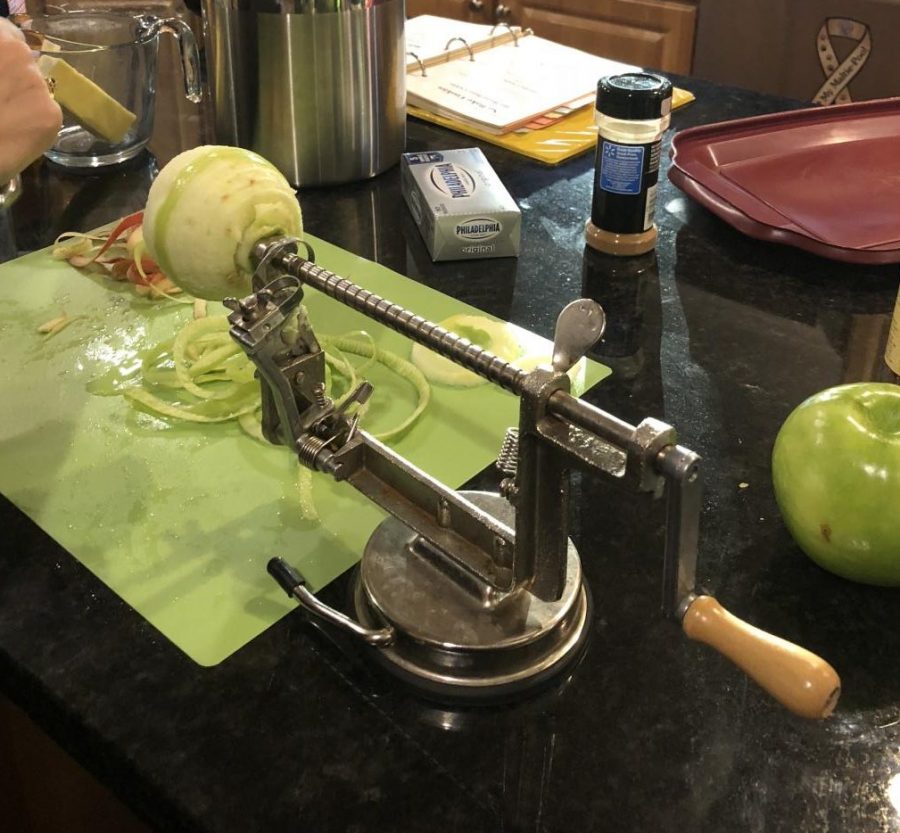 It took lot of blood, sweat, and tears, but the apple peeler was finally put to good use.

BTS of the apple peeler

The Arts and Entertainment page for the October issue is dedicated to fall treats. Online Editor Ada Basic ’20 was the designated baker, with Feature Editor Taylor Siebert ’20 and Cadee Siebert ’22 there for assistance. Baking and photographing these treats came with many behind the scenes moments. One of which is the apple peeler. In order to make the mini apple pies, 3 apples needed to be peeled and cut up for the filling. Joyce Siebert, Taylor Siebert’s mother, brought out an old fashioned apple peeler, assuming that the girls would know how to use it. She assumed wrong. Originally, Basic, Taylor Siebert, and Cadee Siebert were not able to identify what the device was. Their best guess was that it was a torture device. Several attempts and many abused apples later, the contraption was declared a lost cause, and ultimately abandoned. Later on, Joyce Siebert came to the rescue and with much amusement, demonstrated how to use the device.