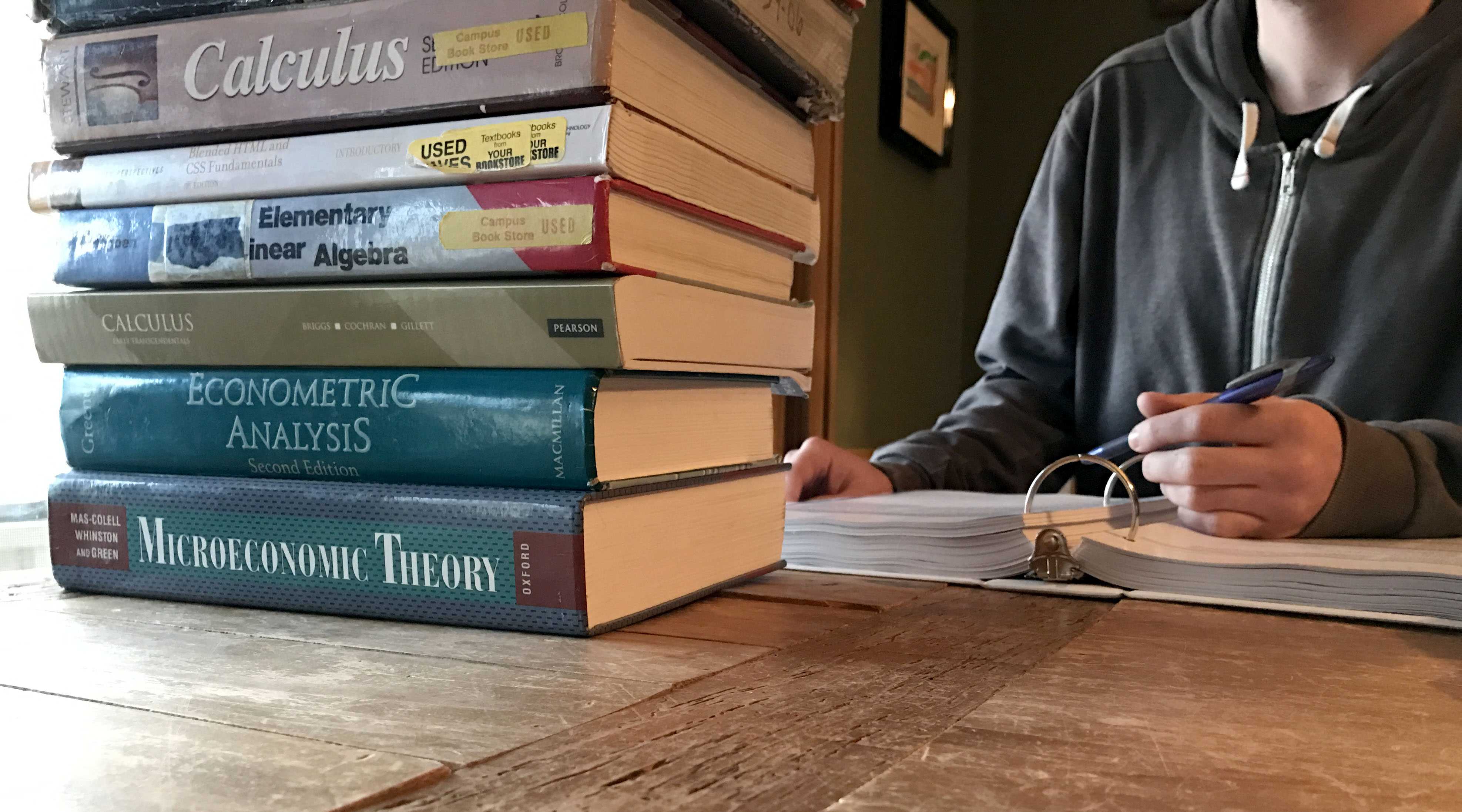 A vast majority of high school students across the country are aiming for A’s to become the favorable choice of every college and university, especially towards the end of a semester when students beg to have their grades rounded up at least one percentage point. Tara Djukanovic ’17 believes that teachers should round up grades to benefit the student. “Teachers rounding up grades is a good idea,” Djukanovic said. “Given that the student is within a reasonable range away from the desired grade and they have shown that they are hardworking.”

Djukanovic knows the importance of grades to students who go above and beyond academically, and thinks it is important to give credit to them. “When students are less than a percent away from getting the grade they’ve worked for all year, then it is essential to round up the grade.” Djukanovic said.

But when it comes to college admissions reviews, the grade point average (GPA) reviewing process is very different. “We strictly look at the GPA listed by the high school,” University of Iowa Des Moines Regional Representative Counselor Marissa Simplot said. “It’s really up to the high school in that matter.”

Most schools will look at the student’s unweighted high school GPA, but the University of Iowa will look at the weighted or unweighted GPA given to them. “If a school has a weighted GPA, meaning they give extra points for taking an advanced class, AP, or a dual enrollment class, at the University of Iowa, we will take that into consideration,” Simplot said.

However, the University of Iowa will consider grades above a 4.0 only as a 4.0. Simplot also explained that some colleges will not bother with rounding up individual grades, and primarily just look at the GPA given from the high school. “I think it’s really individual,” Simplot said. “The administrators at each high school know their classes, whose teaching those classes, what their student population is. We really just kind of leave it up to each high school to tell us what their scale is.”

A majority of colleges across the nation look at an unweighted GPA, and strip the extra points from AP classes to fairly compare students. However, some colleges can consider grades close to each other as the same. For example, an A- is considered a 3.7 on a GPA scale, and a B+ is a 3.3. University of Northern Iowa (UNI) Admissions Counselor Jessica DeWall explains that rounding grades is more common at college levels. “At UNI we will round up to the 10th (decimal place), so a 3.456 will round up to a 3.46 GPA,” DeWall said. Similar to the University of Iowa, the UNI will look at weighted and unweighted GPA’s, whichever is provided by the high school. “We tend to look at whatever is best for the student, which is usually the weighted GPA,” DeWall said.

When it comes to the overall admissions process, UNI follows the state of Iowa RAI (Regent Admissions Index) score, which is basically a calculation of a student’s GPA, class rank, course load, etc. “When placing the students information into the RAI formula, if the student has an RAI score of 245 or higher they are automatically admitted into UNI, and students must meet the core class requirements.” DeWall said. Colleges will tend to look closer at an incoming student’s GPA’s on a more individualized basis, or if the admissions rate is more competitive than most schools. The high school’s grading process differs from how colleges interpret it. “Grading right now is one of those areas of education that is in turmoil a little bit,” principal Ryan Woods said. “There was a day, like when I went to school, the grading scale was 90, 80, 70, 60, it was kind of everyone had the same grading scale.”

In 2010, the state of Iowa adopted the “Common Core” grading curriculum and grading standards, which is essentially the normal core classes all students must take (math, english, science, foreign language, etc.) that are graded based on “standards” that will ensure Iowa high school students are “held to higher standards” so they are prepared for college and careers later on in life. “Now we’re in a time where standards based grading is becoming more and more prevalent because Iowa Core is the standards students need to meet with skills and concepts,” Woods said. While colleges will tend to look at the weighted GPA of a student, high schools will provide both. “Because we do both, weighted and unweighted, our top 3 percent (of high school seniors) has more than 3 percent of students,” Woods said. “Some kids might be in the top 3 percent on a weighted GPA but might not be on unweighted and vice versa.”

The unweighted and weighted GPA’s will also affect a student’s class rank. “It does give credit to the students who are taking these higher level courses like AP courses [or] PSEO (post secondary enrollment options) courses,” Woods said. “The idea being that, if you’re willing to put yourself out there and take a really challenging college-level course, and you get a B+, that’s probably as good as or better than if you took a different course that you would get an easy A in.” Woods explained that in scholarship papers and transcripts, the higher GPA and class ranking will be sent to colleges. When it comes to college admissions, the more desirable grades, GPA, and class rank will be the ones provided by the high school.

College recalculation 2 Create your own infographics

Counselor Sue Baker explains Johnston’s grading policy more in depth. “We do not honor pluses or minuses. So a 90% is the same as a 98%, we technically have what you would say is a four point scale,” Baker said. A four point grading scale is essentially only having the letter grades A, B, C, and D. Baker also explains that rounding up grades in high school and college is very uncommon. This is because colleges will not round up grades, so administrators choose to prepare students in high school by not rounding up final grades, but in the end, it depends on the teacher. “That’s the grading side of it. Then when it comes to the GPA, we have weighted and unweighted GPA systems,” Baker said. “But the percentages are the same. With that, it is up to each individual department to determine wether they would round up a grade or not.”

When it comes to college admissions, most schools have a completely separate grading systems in comparison to high schools. “Some colleges will look at the grade and say that an A- is a 4.0, but they will put in on their own scale,” Baker said.

Colleges can also choose what classes will count as credits.

Though the individual grade might not count in the end, it’s important to be actively taking classes to pursue possible future majors and working hard in the necessary core curriculum. “I think the biggest thing is making sure you’re taking the right classes to prepare you for college,” Simplot said. “Luckily, Iowa, Iowa State, and UNI have all come together and set out a curriculum that we call our core courses, which really are predictors of how successful you are going to be in college.”

DeWall also believes that grades are a vital key to acceptance. “Grades matter. Keep up the work in your classes, colleges do look at your grades,” DeWall said. “Even if you take college level classes, some colleges transfer the GPA with college credit in high school.” 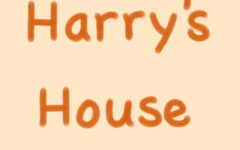 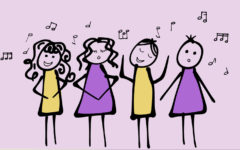 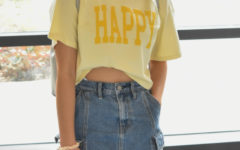 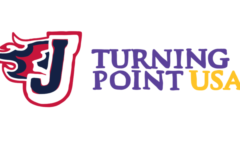 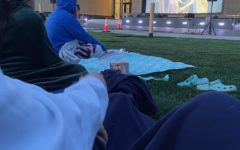 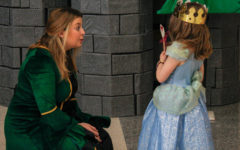 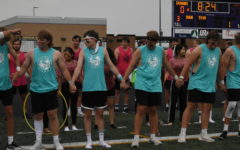